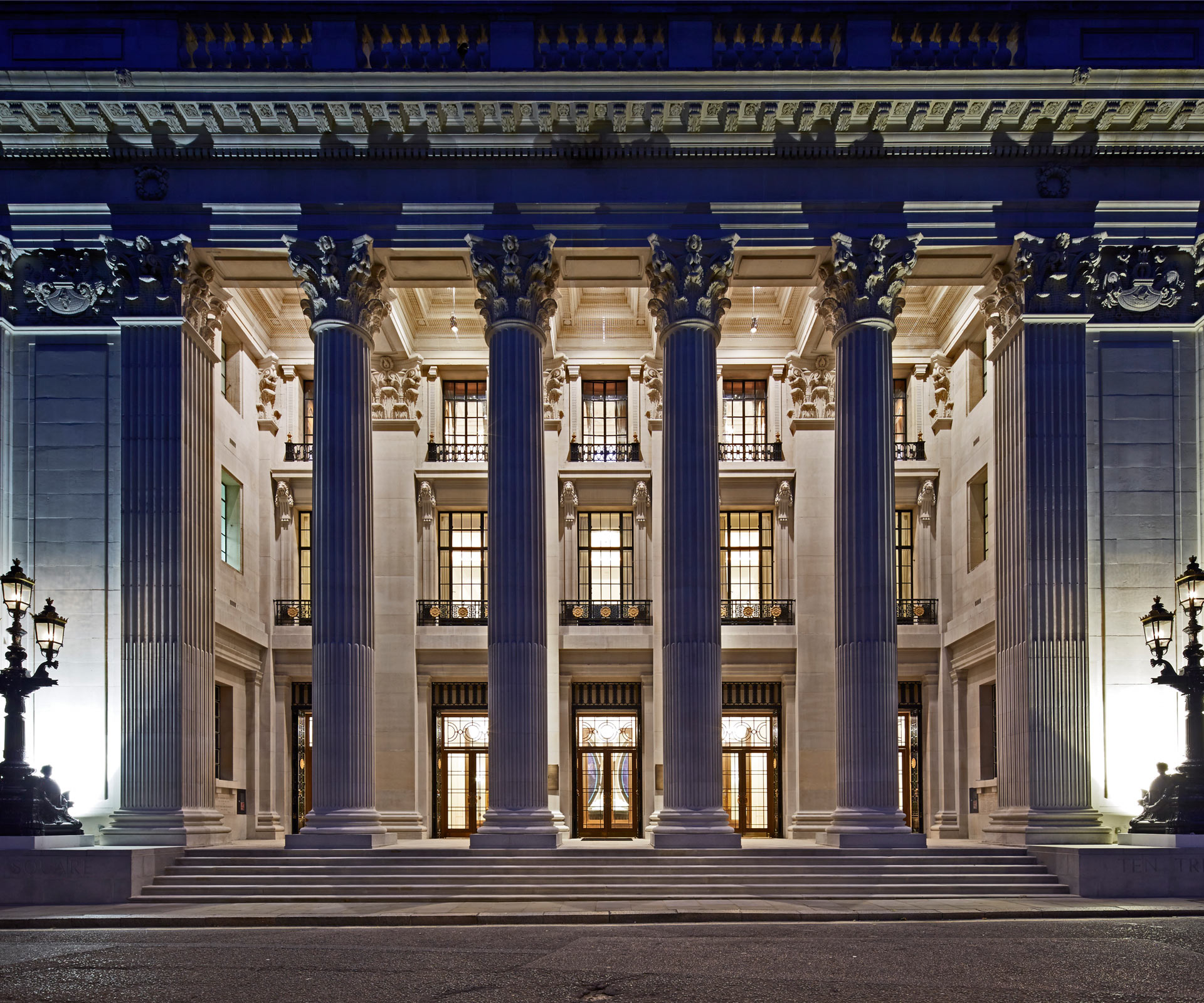 The official opening of the hotel on January 26th coincides with the Chinese New Year celebrations and comes just one day after the formal launch of the hotel’s three Michelin-starred La Dame de Pic restaurant, which was opened by triple Michelin Star Head Chef Anne-Sophie Pic.

The 100-room five-star hotel, which held its trial operation and soft opening last month,  occupies the lower ground to the third floor of the 93-year-old Grade II* listed building. Said to be one of London’s most treasured historic buildings, the former Port of London Authority headquarters will also offer 41 private residences, with the original classical meeting rooms also being restored to provide facilities for a members’ Club.

We were appointed as principal contractor on the scheme in January 2015 to carry out the sensitive restoration of the original building, due for completion in 2017.

“In the past 24 months we have worked with architects Auckett Swanke and engineers Waterman Group as well as an on-site workforce of up to 1,000 staff to deliver one of the best new hotels in the world

“There have been several challenges along the way, not least in integrating new state of the art mechanical and electrical services into a heritage building. A demanding programme required us to phase the MEP installation to suit early accommodation, and carry out testing and commissioning of services in client occupied spaces.

“I am extremely proud to have watched our managers and staff overcome every single challenge the building has thrown at them whilst driving towards this handover. The fruits of their labour are reflected in the exceptional quality of the hotel and we are looking forward to continuing this success in delivering the remainder of the project.”

“I am delighted that we have been able to reach this important milestone and are well on the way to the completion of this prestigious project. The opening of the Four Seasons London builds on our unrivalled track record of delivering complex construction schemes in the capital and our experience on landmark projects like the Corinthia London and the forthcoming Ned at Poultry has helped us deliver our client’s vision for the Four Seasons at Ten Trinity Square.”