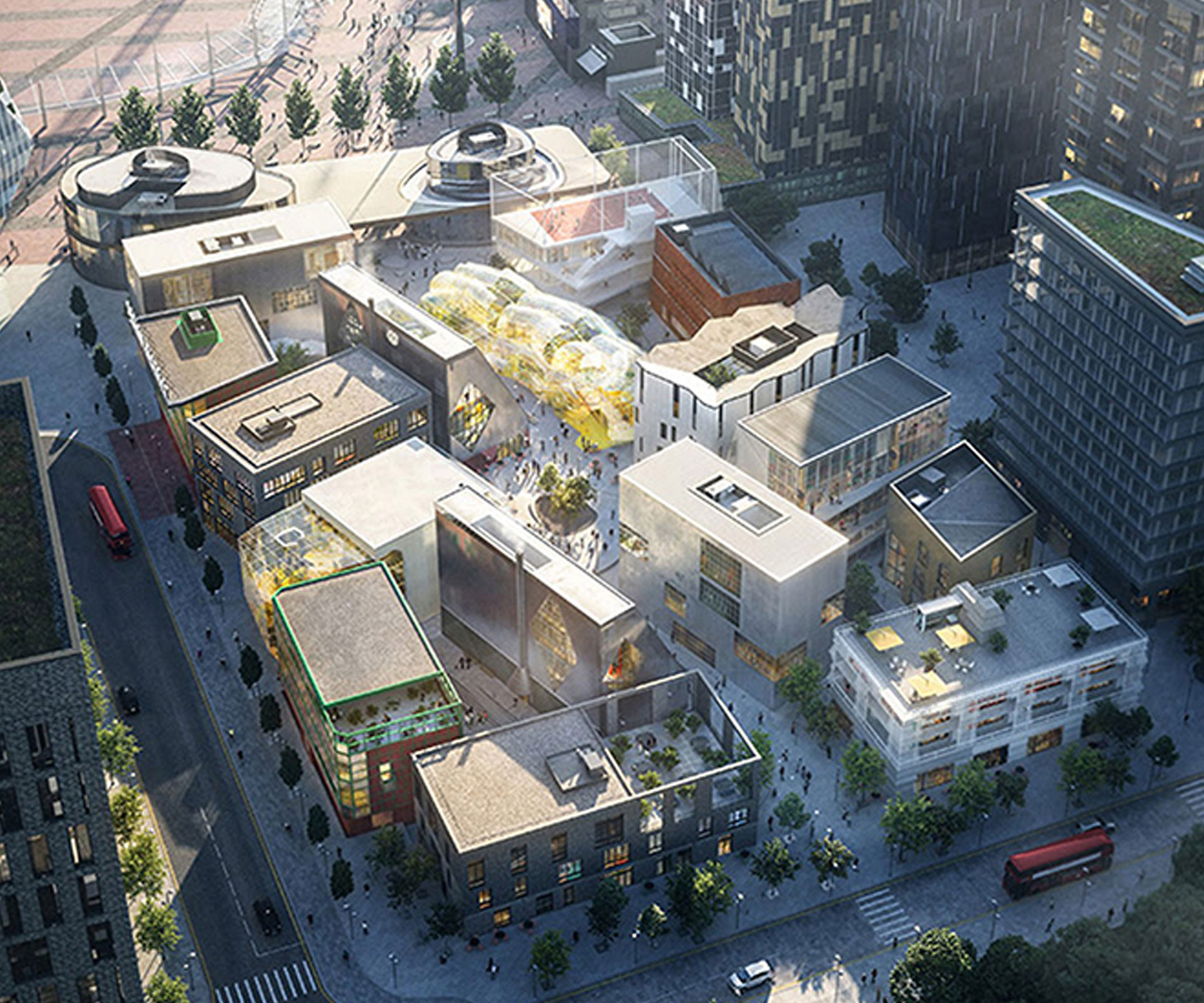 Ardmore has been appointed by Knight Dragon to deliver the Design District, a cluster of 16 artistically inspired commercial buildings devised by a collection of eight separate design practices offering 13,000m2 of workspace for creative industries and 6,000m2 of education facilities and retail space.

Sitting at the heart of the Greenwich Peninsula masterplan, nestled between The O2 Dome, North Greenwich Underground Station and the new Upper Riverside residential neighbourhood, the Design District lies at the head of a new park that runs for 600m through the centre of the masterplan area.

The buildings comprise a mix of structural and architectural finishes. The mix of external facades includes Terrazzo, Corten steel, polycarbonate and ETFE, in-situ concrete and corrugated aluminium cladding. Structurally the buildings have been designed as a mix of traditional reinforced concrete, structural steel and cross laminated timber.

The appointment represents Ardmore’s fifth major contract on the Peninsula, where they have maintained an almost continual presence since 2009 when they broke ground on the very first plot to be started on the scheme. Since then Ardmore have delivered over 900 residential and student accommodation units on four plots.

“Design District will provide a new creative destination for London on Greenwich Peninsula. A permanent new home for ideas, open to everyone.

“We are delighted to continue our partnership with Ardmore, who have been integral to the bringing this project to site, and their significant experience in delivering complex projects will be invaluable over the next two years.”

“We are thrilled to have been awarded this key contract for Knight Dragon, which represents an exciting new phase of the Peninsula masterplan

“Our appointment at the Design District not only builds on the vast experience of the Peninsula we have built up over nearly a decade, but is also testament to our ability to support our clients through the development stages of complex projects, identifying design and construction solutions whilst maximising value to arrive at an early fixed price

“We look forward to continuing our successful relationship with Knight Dragon to deliver new first-class commercial space for London.”