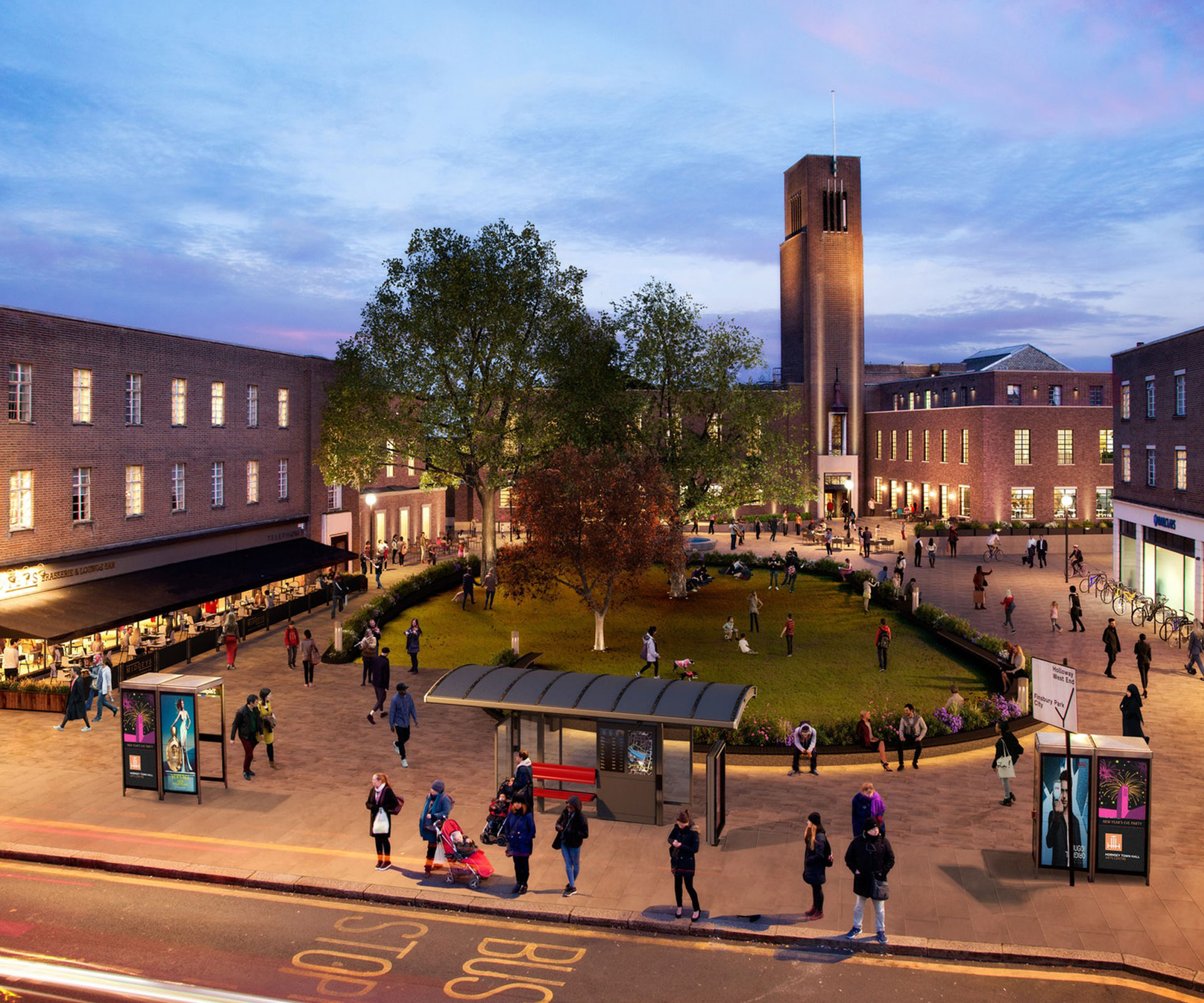 The restoration work will revive the community spirit of the Town Hall, which was originally built in 1935, by turning the building into a range of community spaces. These will include a creative art and work space, an arts centre, a new hotel and a roof top bar with views over London. In addition to the restoration work, the collection of studio, one, two and three bedroom apartments are spread across two newly built blocks, a mews building and a carefully restored Broadway annex in the Town Hall grounds.

Ardmore has over 40 years’ experience in the construction of premier residential developments with additional expertise in the restoration of historic sites. The team have delivered numerous residential developments in London, including Chelsea Waterfront, Canaletto Tower and Greenwich Peninsula. In addition, Ardmore has an award-winning track record in the delivery of listed buildings and hotels such as Grade I listed The Ned in the City of London, Grade II* listed Ten Trinity Square in Tower Hill, Corinthia Hotel and FEC’s Grade II listed Dorsett Shepherds Bush hotel.

“Ardmore has unrivalled experience in the restoration of historic buildings as well as new build residential schemes. The team showcase the high level of care and attention to detail that is required for Hornsey Town Hall. James Byrne, Director for Ardmore is a proud Crouch Ender and we feel that working with a community member who knows the area well and understands how much the Town Hall means to Crouch End is invaluable.”

“We’re very proud to be working with Far East Consortium to deliver their vision for this iconic project. We recognise that the redevelopment of Hornsey Town Hall is a landmark scheme for Crouch End, and we are conscious of the sensitive nature of the site and the need to deliver the scheme with minimum disruption to residents and businesses.

“We are looking forward to bringing our hands-on experience of delivering some of London’s most complex refurbishments and the world’s best new hotels to ensure that we deliver a project which leaves a lasting legacy for the area.”

Archaeological works at Hornsey Town Hall have now been completed and were carried out by CgMs Heritage, the largest independent archaeology and heritage consultancy in the UK. Ardmore will set up the site office from the beginning of July and hoarding will be erected along with clearance of the site. The Town Hall will be prepared for the restauration at the beginning of summer 2019 and is due to be completed in the third quarter of 2021.

“We now have an extremely passionate team in place that shares one vision – to make Hornsey Town Hall a place for the community yet again.”

Alongside Ardmore, Make Architects are the chosen architectural firm to realise the vision for this iconic scheme.

“We are extremely proud to be working closely with Far East Consortium and Ardmore to deliver this exciting landmark scheme. Hornsey Town Hall is one of the earliest examples of modernist architecture in Britain and when complete will offer a fully restored building for community use, alongside sympathetically designed new build apartments, forming an integral part of the Crouch End community.”

Due for completion in 2021, Hornsey Town Hall will incorporate a new arts centre, run by The TIME + SPACE Co, which will provide first class performance arts, co-working and flexible workspaces, restaurants, cafés and versatile event spaces. The new hotel will be operated by Dorsett Hospitality International and will be situated within the original Town Hall building.

The grounds of the Town Hall will also house a collection of 135 studios, one, two and three-bedroom residences as well as 11 affordable apartments. Make Architects has ensured that the new buildings capture the spirit and style of Hornsey Town Hall, which will be evident in the façades, where layered brickwork and carefully crafted geometric metal balustrades come together to reflect the Town Hall’s original Art Deco features and modernist aesthetic along with the distinctive concrete pattern from the Hornsey Library.

The homes will be finished to the highest standard throughout, with some featuring floor-to-ceiling windows and chevron timber flooring, which has been designed in keeping with the original flooring in the Town Hall. Most will feature balconies, terraces or gardens, opening up from either the living areas or master bedrooms. Designer kitchens will feature fully integrated appliances and state of the art amenities for cooking and storage, while bathrooms will offer a contemporary take on Hornsey Town Hall’s modernist aesthetic.